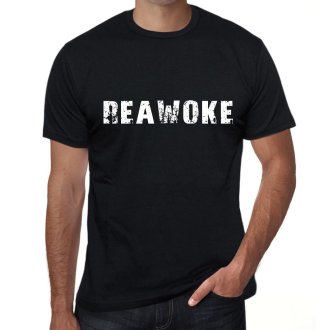 a merger of two Middle English verbs: 1. awaken, from Old English awæcnan (earlier onwæcnan; strong, past tense awoc, past participle awacen) “to awake, arise, originate,” from a “on” + wacan “to arise, become awake” (see wake (v.)); and 2. awakien, from Old English awacian (weak, past participle awacode) “to awaken, revive; arise; originate, spring from,” from a “on” (see a (2)) + wacian “to be awake, remain awake, watch” (see watch (v.)).

Both originally were intransitive only; the transitive sense being expressed by Middle English awecchen (from Old English aweccan) until later Middle English. In Modern English, the tendency has been to restrict the strong past tense and past participle (awoke, awoken) to the original intransitive sense and the weak inflection (awakened) to the transitive, but this never has been complete (see wake (v.); also cf. awaken).