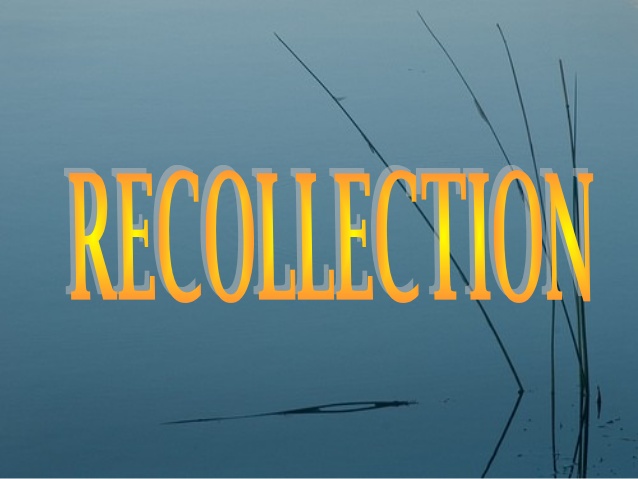 1590s, “a gathering together again,” from French récollection (14c.) or directly from Medieval Latin recollectionem (nominative recollectio), noun of action from past participle stem of recolligere (see recollect). Meaning “act of recalling to memory” is from 1680s; a thing or scene so recalled, from 1781.