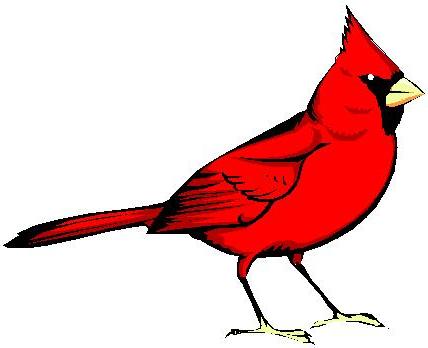 mid-13c., a name for sundry red or partly red birds, including the common bullfinch and the scarlet tanager, but in U.S. especially the cardinal, from red (adj.1) + bird (n.).