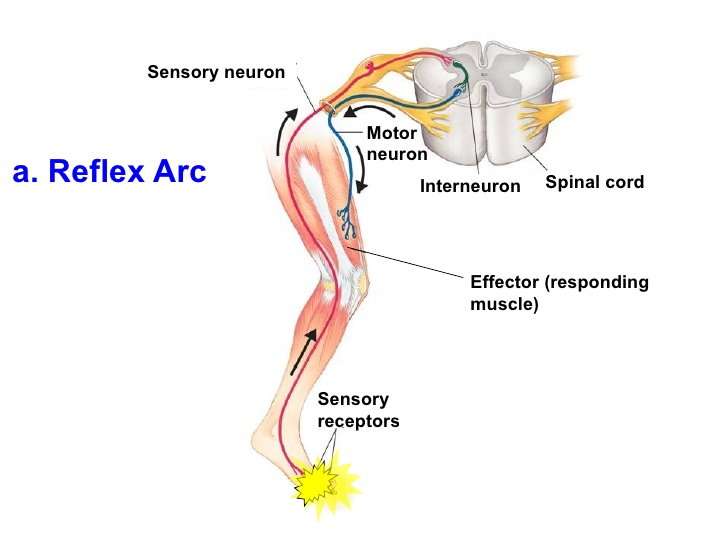 An action or movement not controlled by conscious thought. A reflex may be anything from a hiccup to the involuntary response of a body part, such as the action that occurs in the knee-jerk reflex.