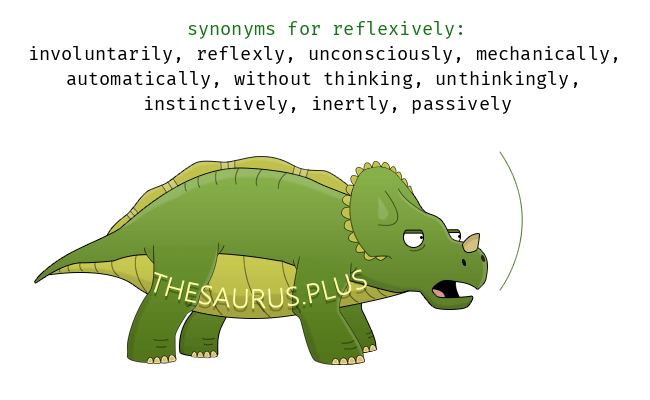 1580s, “reflective, capable of bending or turning back,” from Medieval Latin reflexivus, from Late Latin reflexus (see reflect). Meaning “of the nature of a reflex” is from 1839 (implied in reflexively). Grammatical sense from 1837. Related: Reflexiveness; reflexivity.