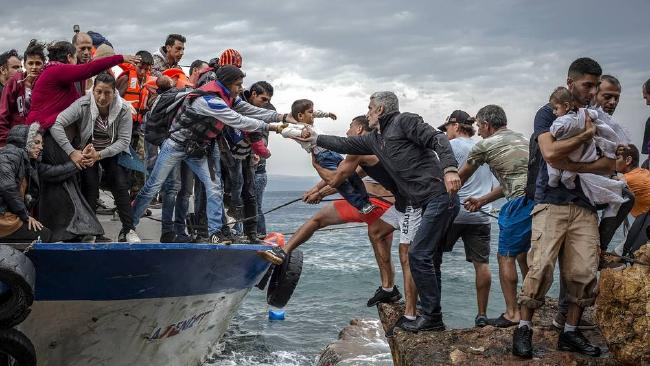 1680s, from French refugié, noun use of past participle of refugier “to take shelter, protect,” from Old French refuge (see refuge). First applied to French Huguenots who migrated after the revocation (1685) of the Edict of Nantes. The word meant “one seeking asylum,” till 1914, when it evolved to mean “one fleeing home” (first applied in this sense to civilians in Flanders heading west to escape fighting in World War I). In Australian slang from World War II, reffo.

People who flee a nation, often to escape punishment for their political affiliations or for political dissent.