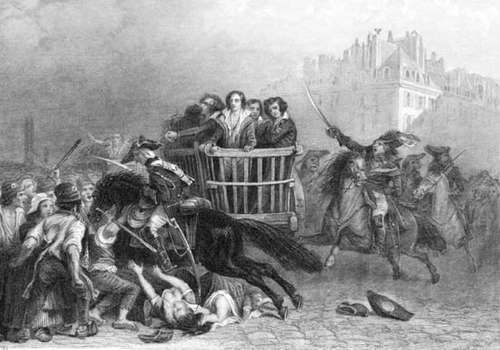 A phase of the French Revolution aimed at destroying all alleged pockets of resistance to the revolution. Robespierre was a leader of the Terror, during which thousands were sent to the guillotine.