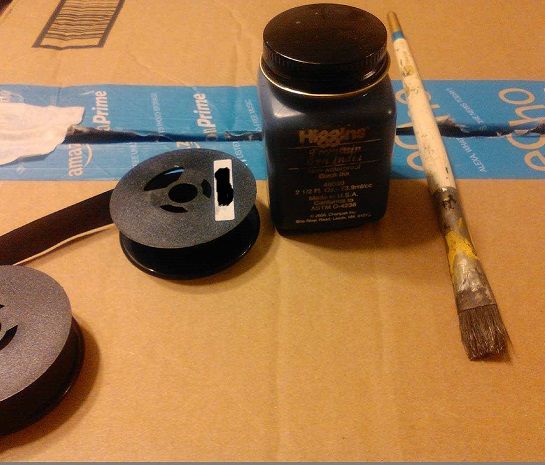 “the black liquor with which men write” [Johnson], mid-13c., from Old French enque “dark writing fluid” (11c.), from Late Latin encaustum, from Greek enkauston “purple or red ink,” used by the Roman emperors to sign documents, originally a neuter adjective form of enkaustos “burned in,” from stem of enkaiein “to burn in,” from en- “in” + kaiein “to burn” (see caustic). The word is from a Greek method of applying colored wax and fixing it with heat. The Old English word for it was simply blæc, literally “black.” Ink-blot test attested from 1928.