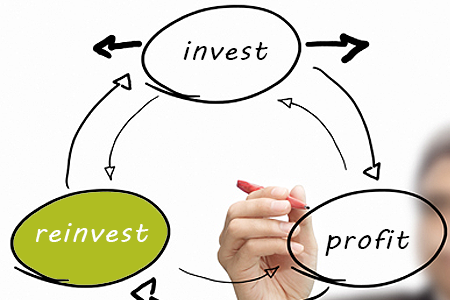 late 14c., “to clothe in the official robes of an office,” from Latin investire “to clothe in, cover, surround,” from in “in, into” (see in- (2)) + vestire “to dress, clothe” (see wear). The meaning “use money to produce profit” first attested 1610s in connection with the East Indies trade, and is probably a borrowing of Italian investire (13c.) from the same Latin root, via the notion of giving one’s capital a new form. The military meaning “to besiege” is from c.1600. Related: Invested; investing.