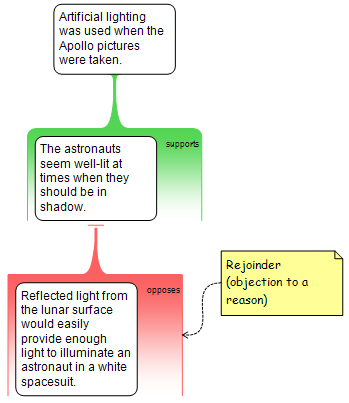 mid-15c., from Middle French noun use of rejoindre (see rejoin (v.2)). Originally “defendant’s answer to the replication” (the fourth stage in the pleadings in an action at common law). For noun use of infinitive in French law terms, cf. waiver.