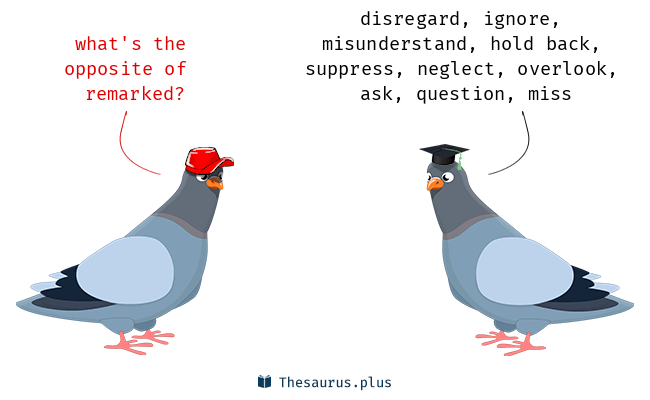 Meaning “take notice of” is from 1670s; that of “make a comment” is first attested 1690s, from notion of “make a verbal observation” or “call attention to specific points.” Related: Remarked; remarking.