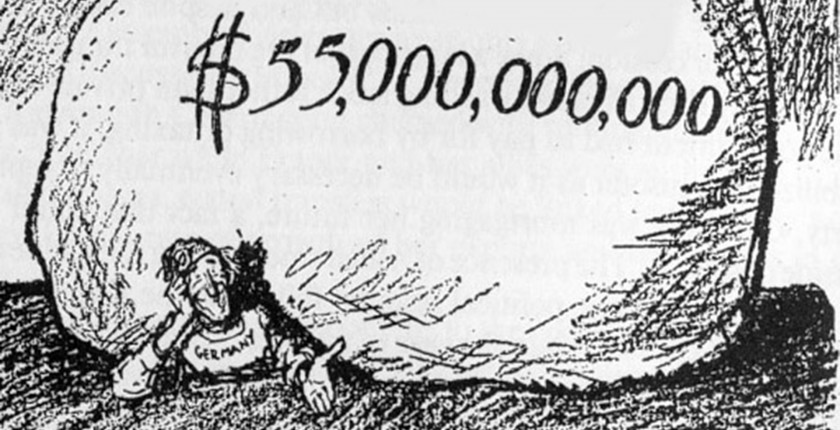 late 14c., “reconciliation,” from Old French reparacion and directly from Late Latin reparationem (nominative reparatio) “act of repairing, restoration,” noun of action from past participle stem of Latin reparare “restore, repair” (see repair (v.1)). Meaning “act of repairing or mending” is attested from c.1400. Reparations “compensation for war damaged owed by the aggressor” is attested from 1921, with reference to Germany, from French réparations (1919).

Compensation demanded by a victorious nation from a defeated nation. Reparations can be in the form of goods or money.