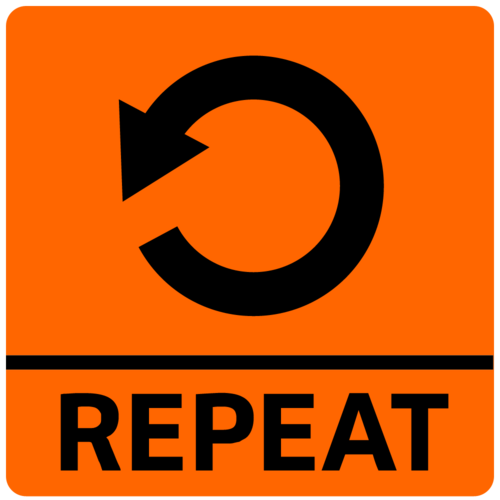 Meaning “say what another has said” is from 1590s. As an emphatic word in radio broadcasts, 1938. Meaning “do over again” is from 1550s; specific meaning “to take a course of education over again” is recorded from 1945, American English. Related: Repeated; repeating.