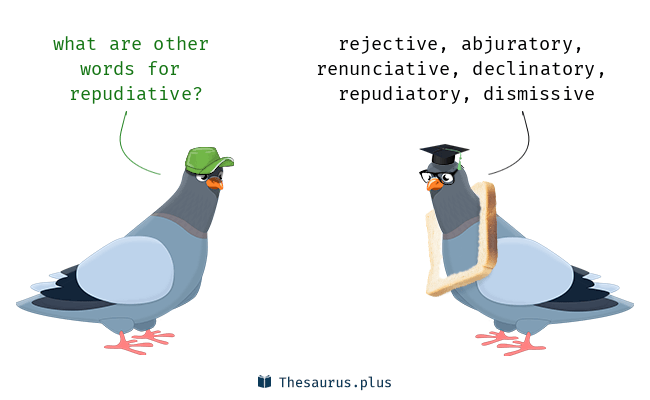 1540s, “to cast off by divorce,” from Latin repudiatus, past participle of repudiare “to cast off, put away, divorce, reject, scorn, disdain,” from repudium “divorce, rejection, a putting away, dissolution of marriage,” from re- “back, away” (see re-) + pudium, probably related to pes-/ped- “foot” [Barnhart]. If this is so, the original notion may be of kicking something away, but folk etymology commonly connects it with pudere “cause shame to.” Of opinions, conduct, etc., “to refuse to acknowledge,” attested from 1824. Earliest in English as an adjective meaning “divorced, rejected, condemned” (mid-15c.). Related: Repudiated; repudiating.