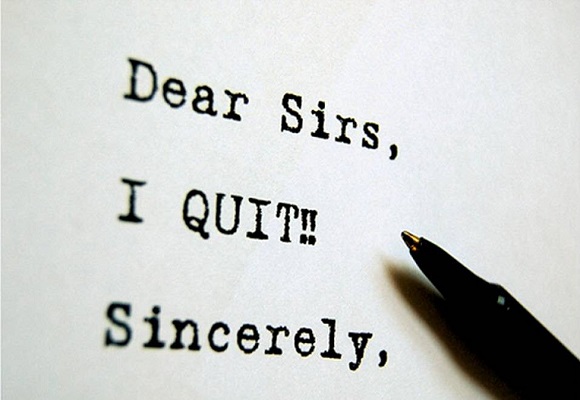 The sense is of making an entry (signum) “opposite” — on the credit side — balancing the former mark and thus canceling the claim it represents. The specific meaning of “give up a position” is first recorded late 14c. Sense of “to give (oneself) up to some emotion or situation” is from 1718. Related: Resigned; resigning.