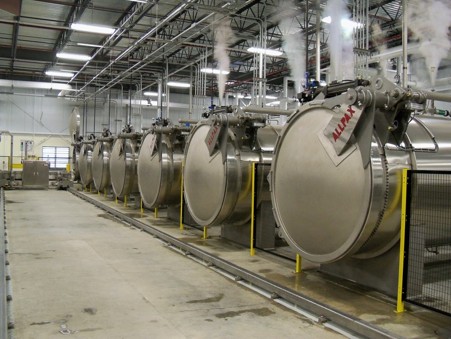 1550s, “make return in kind” (especially of an injury), from Old French retort and directly from Latin retortus, past participle of retorquere “turn back, twist back, throw back,” from re- “back” (see re-) + torquere “to twist” (see thwart). Applied to exchanges of jest or sarcasm by c.1600, hence “say or utter sharply and aggressively in reply” (1620s). Related: Retorted; retorting.

“vessel used in chemistry for distilling or effecting decomposition by the aid of heat,” c.1600, from Middle French retorte, from Medieval Latin *retorta “a retort, a vessel with a bent neck,” literally “a thing bent or twisted,” from past participle stem of Latin retorquere (see retort (v.)).