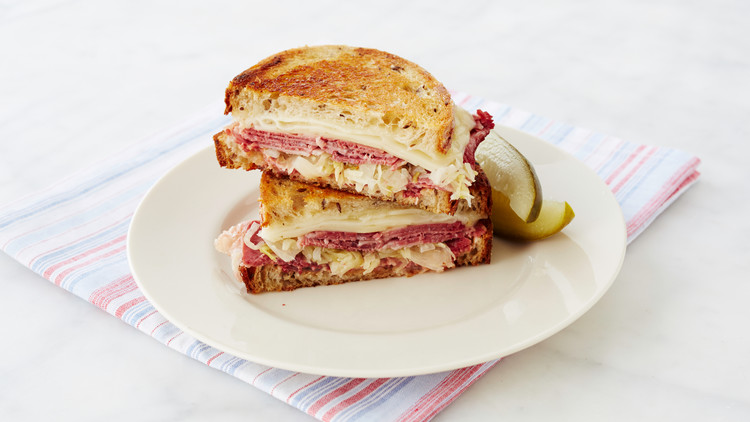 masc. proper name, Old Testament eldest son of Jacob and name of the tribe descended from him, from Greek Rouben, from Hebrew Reubhen, probably literally “Behold a son,” from reu, imperative of ra’ah “he saw” + ben “a son.” As a typical name of a farmer, rustic, or country bumpkin, from 1804. The reuben sandwich (1956) is “Not obviously connected” with the sense in rube [OED], possibly from Reuben’s restaurant, a popular spot in New York’s Lower East Side.