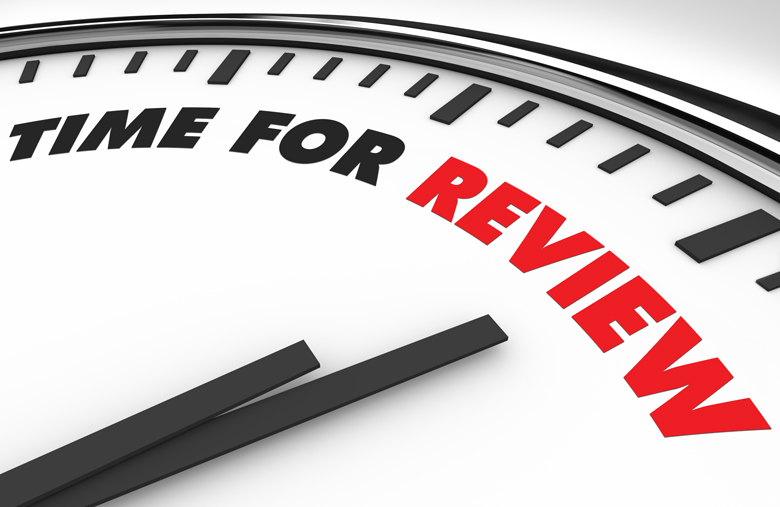 mid-15c., “an inspection of military forces,” from Middle French reveue “a reviewing, review,” noun use of fem. past participle of reveeir “to see again, go to see again,” from Latin revidere, from re- “again” (see re-) + videre “to see” (see vision). Sense of “process of going over again” is from 1560s; that of “a view of the past, a retrospective survey” is from c.1600. Meaning “general examination or criticism of a recent work” is first attested 1640s.

1872, “show presenting a review of current events,” from French revue, from Middle French, literally “survey,” noun use of fem. past participle of revoir “to see again” (see review (n.)). Later extended to shows consisting of a series of unrelated scenes.