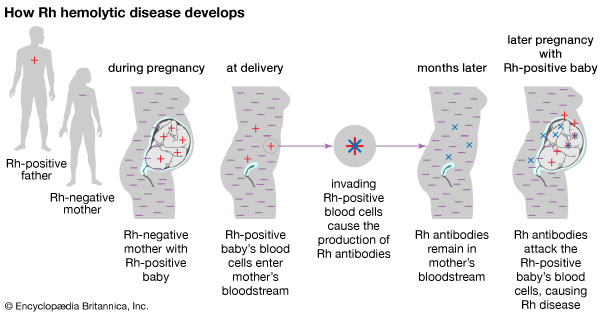 1942, from the first letters of rhesus; so called because the blood group, and its effects, were discovered in the blood of rhesus monkeys (1941).

Any of several substances found on the surface of red blood cells in persons.