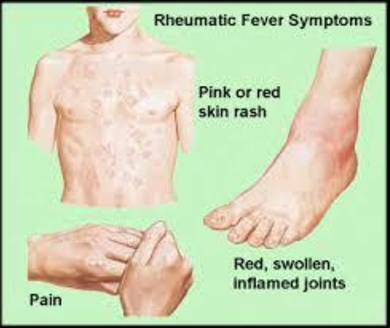 An infectious disease occurring most often in children who have had a previous infection with a strain of streptococcus. Rheumatic fever, which is characterized by fever and joint pain, can cause permanent damage to the heart if left untreated. Antibiotics, such as penicillin, are used in treating the disease.