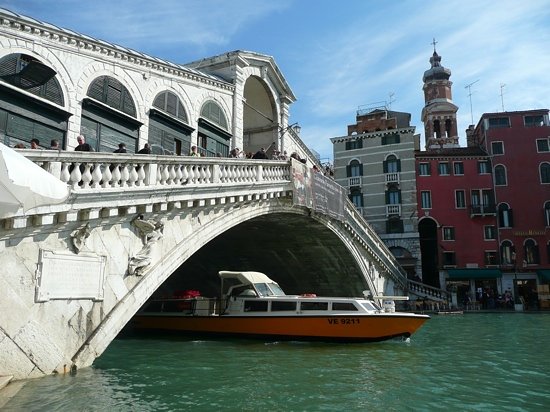 1879, “exchange, mart,” from the Rialto of Venice, the name of the quarter where the exchange was situated, contracted from Rivoalto and named for the canal (Latin rivus altus “deep stream”) which it crosses.