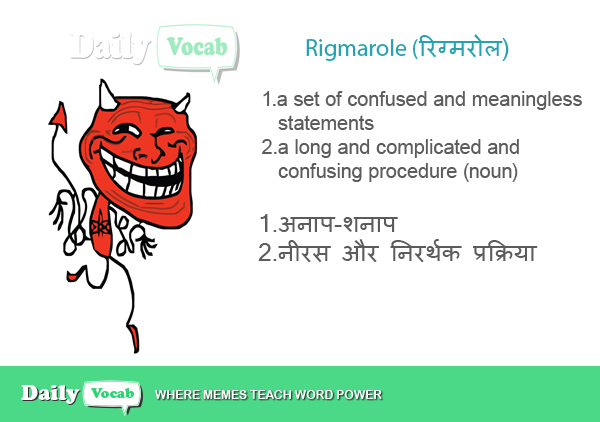 1736, “a long, rambling discourse,” apparently from an altered, Kentish colloquial survival of ragman roll “long list or catalogue” (1520s), in Middle English a long roll of verses descriptive of personal characters, used in a medieval game of chance called Rageman, perhaps from Anglo-French Ragemon le bon “Ragemon the good,” which was the heading on one set of the verses, referring to a character by that name. Sense transferred to “foolish activity or commotion” by 1939.