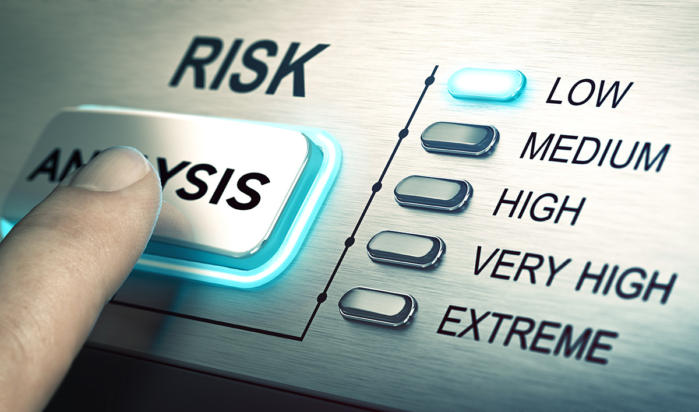 1680s, from risk (n.), or from French risquer, from Italian riscare, rischaire, from the noun. Related: Risked; risks; risking.

In addition to the idiom beginning with risk