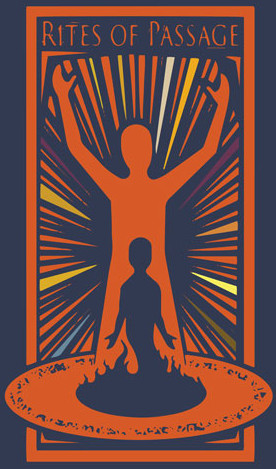 Ceremonies that mark important transitional periods in a person’s life, such as birth, puberty, marriage, having children, and death. Rites of passage usually involve ritual activities and teachings designed to strip individuals of their original roles and prepare them for new roles. The traditional American wedding ceremony is such a rite of passage. In many so-called primitive societies, some of the most complex rites of passage occur at puberty, when boys and girls are initiated into the adult world. In some ceremonies, the initiates are removed from their village and may undergo physical mutilation before returning as adults.