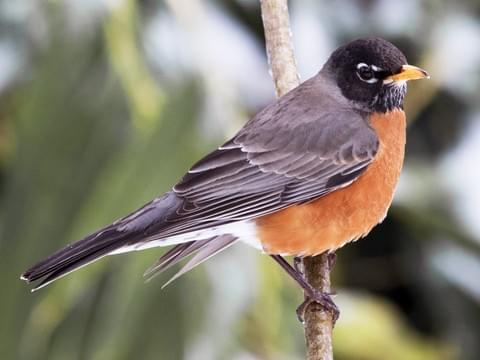 common European songbird, 1540s, shortening of Robin Redbreast (mid-15c.), from masc. personal name Robin. It ousted the native ruddock. In North America, the name was applied to the red-breasted thrush by 1703. Robin’s egg as a shade of blue is attested from 1881.