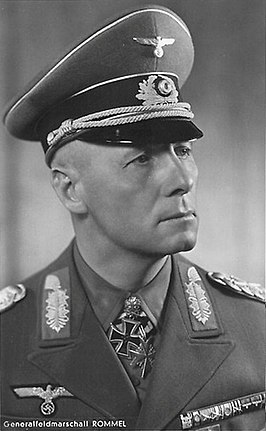 A German military commander of the twentieth century. A master of the blitzkrieg, he saw much action in World War II, leading campaigns in France and North Africa, where he became known as the “Desert Fox.” He attained the rank of field marshal but was implicated in a plot to assassinate the German leader, Adolf Hitler. On Hitler’s orders, he killed himself.