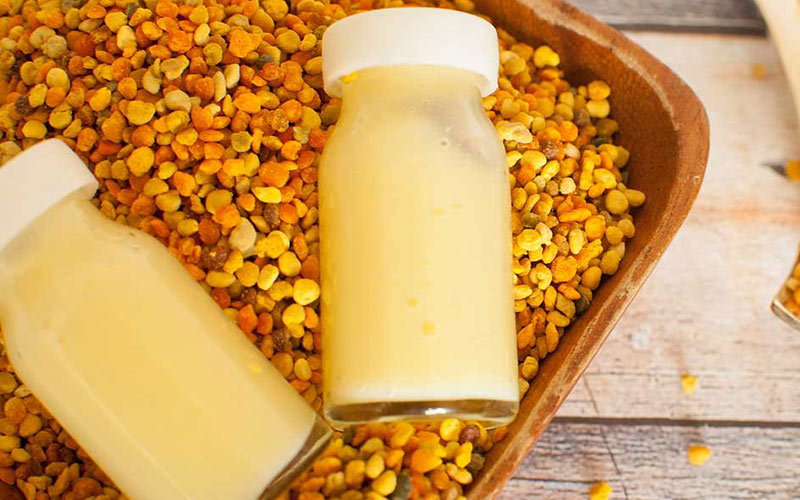 royal jelly WORD ORIGIN noun a viscous substance secreted from the pharyngeal glands of worker honeybees, fed to all larvae during their first few days and afterward only to those larvae selected to be queens. Liberaldictionary.com