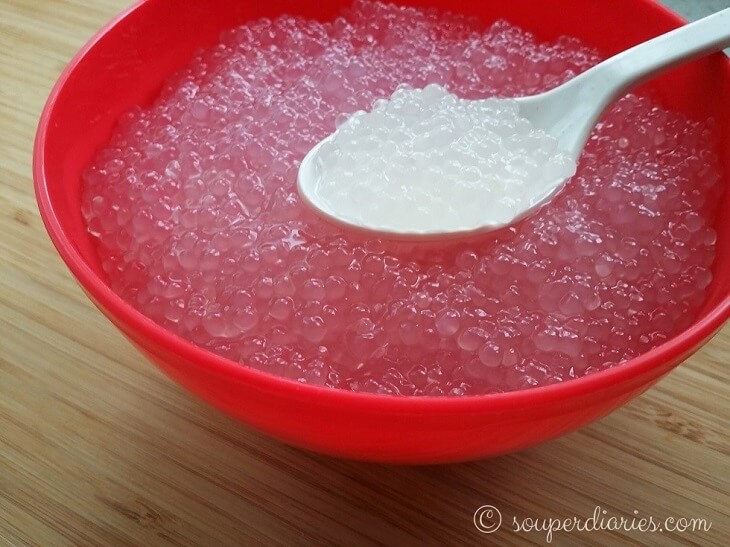 n.“starch made of the piths of palms,” 1570s, via Portuguese and Dutch from Malay sagu, the name of the palm tree from which it is obtained (attested in English in this sense from 1550s). Cf. French sagou, Spanish sagu, German Sago.