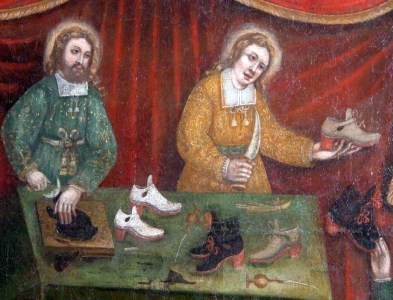 n.1640s, “shoemaker,” in literary use only, from Ss. Crispin and Crispinian (martyred at Soissons, c.285 C.E.), patrons of shoemakers. French hagiographers make the brothers noble Romans who, while they preached in Gaul, worked as shoemakers to avoid living on the alms of the faithful. The name is Crispinus, a Roman cognomen, from Latin crispus “curly” (probably with reference to hair; see crisp).