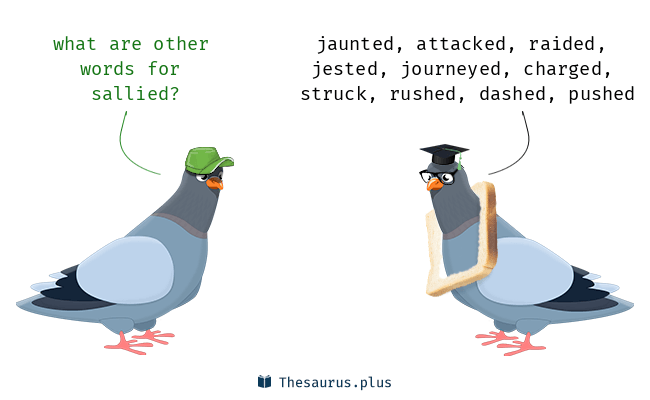 n.1540s, “a sudden rush, dash, or springing forth; specifically of troops from a besieged place, attacking the besiegers,” from Middle French saillie “a rushing forth,” noun use of fem. past participle of saillir “to leap,” from Latin salire “to leap” (see salient (adj.)). Sally-port “gate or passage in a fortification to afford free egress to troops in making a sally” is from 1640s. fem. proper name, alteration of Sarah (cf. Hal from Harry, Moll from Mary, etc.). Sally Lunn cakes (1780) supposedly named for the woman in Bath who first made them and sold them in the streets. Sally Ann as a nickname for Salvation Army is recorded from 1927. v.1540s, from sally (n.). Related: Sallied; sallying.