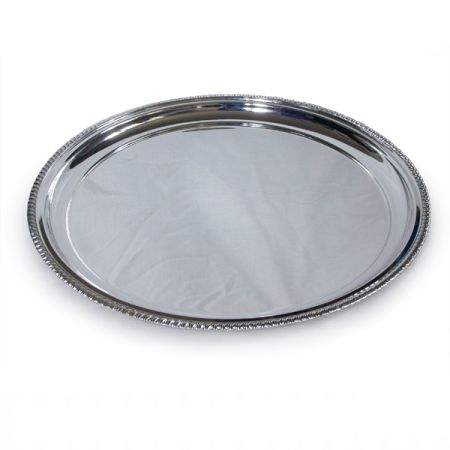 n.1660s, “tray,” formed in English on the model of platter, etc., from French salve “tray used for presenting objects to the king” (17c.), from Spanish salva “a testing of food or drink” to test for poison (a procedure known as pre-gustation), hence “tray on which food was placed to show it was safe to eat,” from salvar “to save, render safe,” from Late Latin salvare (see save (v.)).