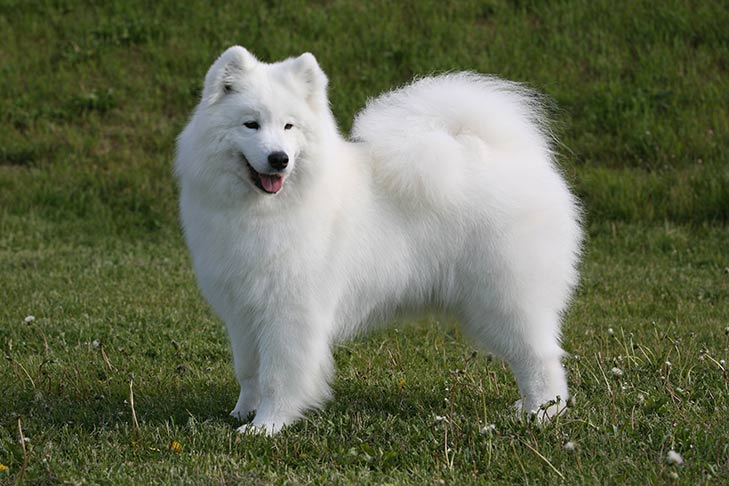 n.Siberian Mongolian people, 1580s, from Russian samoyed (11c.), traditionally literally “self-eaters,” i.e. “cannibals” (the first element cognate with same, the second with eat), but this might be Russian folk etymology of a native name: The common Russian etymology of the name Samoyed, meaning “self-eater,” deepened the Russians’ already exotic image of far-northerners. The most probable linguistic origin of Samoyed, however, is from the Saami — saam-edne, “land of the people” [Andrei V. Golovnev and Gail Osherenko, “Siberian Survival: The Nenets and Their Story,” Cornell University, 1999] Which would make the name a variant of Suomi “Finn.” The native name is Nenets. As the name of a type of dog (once used as a working dog in the Arctic) it is attested from 1889.