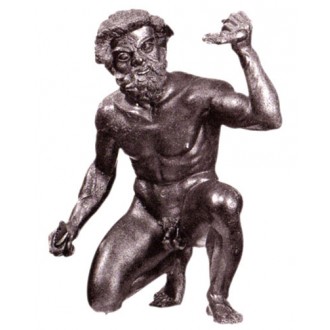 n.woodland deity, companion of Bacchus, late 14c., from Latin satyrus, from Greek satyros, of unknown origin. In pre-Roman Greek art, a man-like being with the tail and ears of a horse; the modern conception of a being part man, part goat is from Roman sculptors, who seem to have assimilated them to the fauns of native mythology. In some English bibles used curiously to translate Hebrew se’irim, a type of hairy monster superstitiously believed to inhabit deserts. A creature in classical mythology who was part man and part goat. Satyrs were famous for being constantly drunk and for chasing nymphs. They were companions of Dionysus.