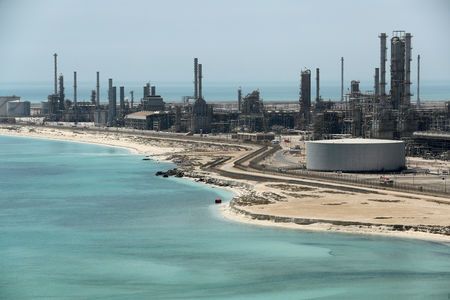 Monarchy occupying most of the Arabian Peninsula, where it is bordered by Jordan, Iraq, and Kuwait to the north; the Persian Gulf, Qatar, and the United Arab Emirates to the east; Oman to the east and south; Yemen to the south; and the Red Sea and the Gulf of Aqaba to the west. Its capital and largest city is Riyadh.