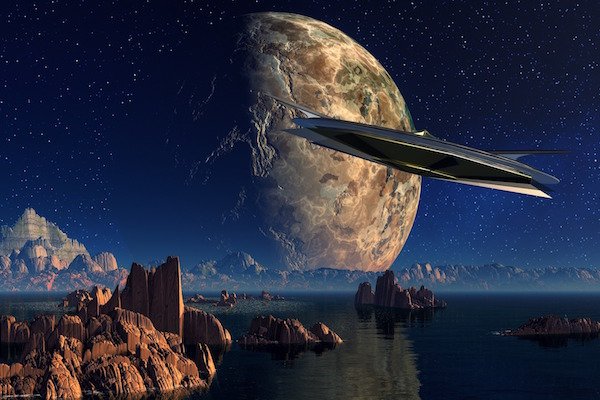 n.1929 (first attested in advertisements for “Air Wonder Stories” magazine), though there is an isolated use from 1851; abbreviated form sci-fi is from 1955. Earlier in same sense was scientifiction (1916). Works of fiction that use scientific discoveries or advanced technology — either actual or imaginary — as part of their plot. Jules Verne and H. G. Wells were early writers of science fiction. More recent ones are Isaac Asimov and Ray Bradbury.