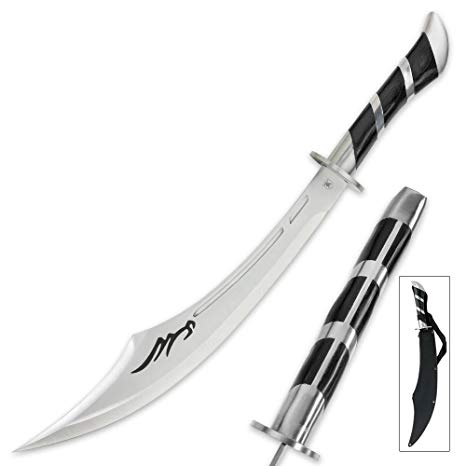 n.1540s, cimiterie, from Middle French cimeterre (15c.) or Italian scimitarra, of uncertain origin. Turkish would be the expected source, but no such word has been found there. Perhaps from Persian shimshir (pronounced “shamsher,” cf. Greek sampsera “a barbarian sword,” from this source), but OED finds this “unsatisfactory as to form.” Many early variations; the modern spelling is from influence of the Italian form of the word. Century Dictionary (1902) has simitar as preferred spelling.