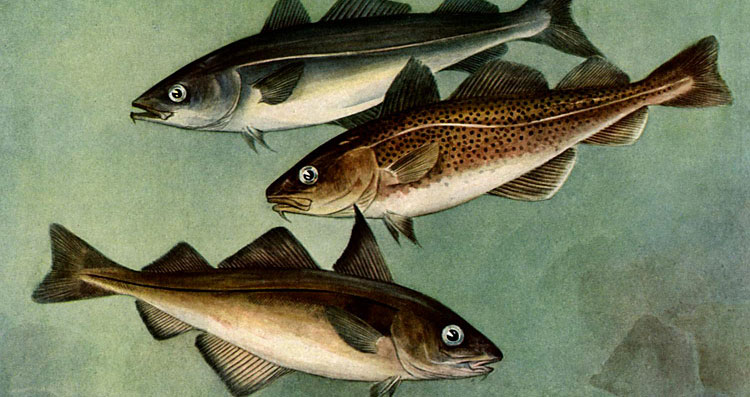 n.1841, “young cod, split and fried or boiled,” possibly from Dutch schrood “piece cut off,” from Middle Dutch scrode “shred” (cf. Old English screade “piece cut off;” see shred (n.)). If this is the origin, the notion is probably of fish cut into pieces for drying or cooking. A Boston brahmin is on a business trip to Philadelphia. In search of dinner, and hungry for that Boston favorite, broiled scrod, he hops into a cab and asks the driver, “My good man, take me someplace where I can get scrod.” The cabbie replies, “Pal, that’s the first time I’ve ever been asked that in the passive pluperfect subjunctive.” [an old joke in Philadelphia, this version of it from “Vex, Hex, Smash, Smooch,” Constance Hale, 2012]