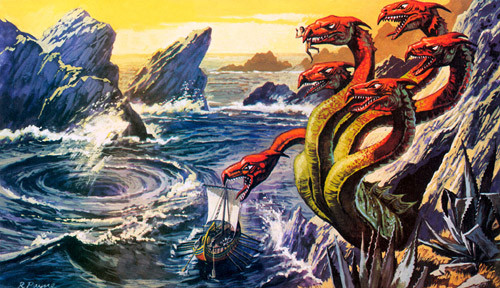 n.sea-monster in the Strait of Messina, from Latinized form of Greek Skylla, of unknown origin, perhaps related to skyllein “to tear.” see between a rock and a hard place (Scylla and Charybdis).