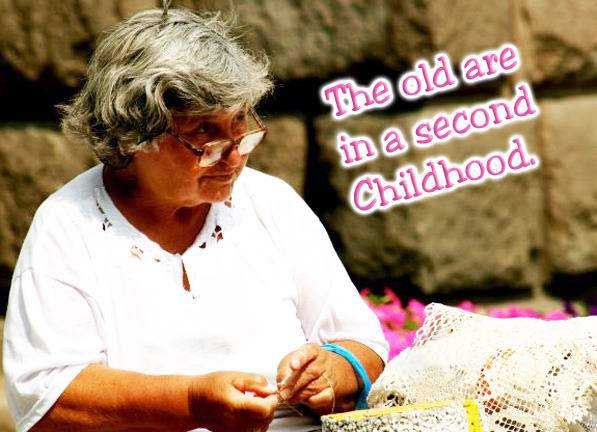 The dotage of old age; also, childlike playfulness in an adult. For example, Grandpa needs full-time care, now that he’s in his second childhood, or Since he retired and started learning to fly, he’s been in his second childhood. Depending on the context, this term may allude either to such problems of old age as losing one’s mental or physical capacities or to delighting in new pleasures in a childlike fashion. [c. 1900]