seen one, seen them all 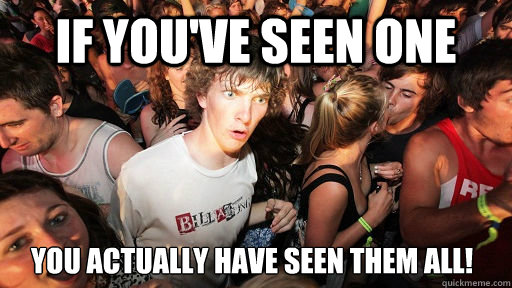 One example suffices, as in I’m afraid I don’t care for home movies—seen one, seen them all. This world-weary expression was first recorded in 1811. A newer idiom expressing a very similar view is been there, done that, indicating that it is boring to repeat an experience once it has lost its novelty. For example, No, I don’t want to climb Mount Washington; been there, done that. This idiom was first recorded in Australia in 1983 and was popularized in America in the 1990s through a widely aired commercial for a soft drink.