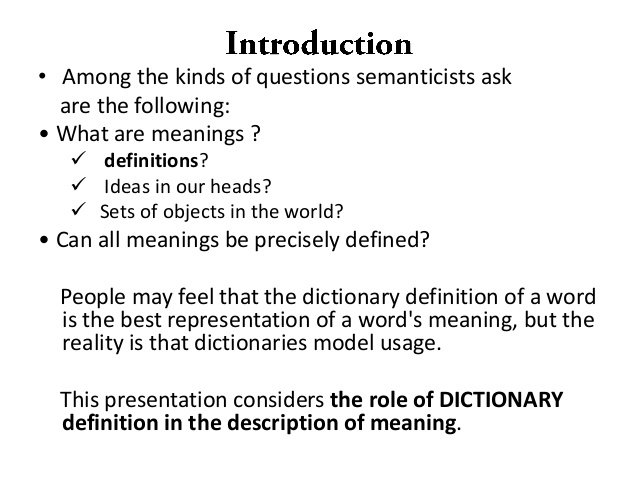 The scientific or philosophical study of the relations of words and their meanings.