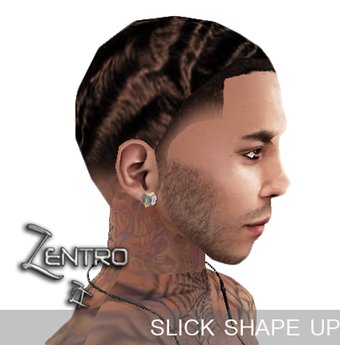 v.Old English scapan, past participle of scieppan “to create, form, destine” (past tense scop), from Proto-Germanic *skapjanan “create, ordain” (cf. Old Norse skapa, Danish skabe, Old Saxon scapan, Old Frisian skeppa, Middle Dutch schappen “do, treat,” Old High German scaffan, German schaffen “shape, create, produce”), from PIE root *(s)kep- a base forming words meaning “to cut, scrape, hack” (see scabies), which acquired broad technical senses and in Germanic a specific sense of “to create.” Old English scieppan survived into Middle English as shippen, but shape emerged as a regular verb (with past tense shaped) by 1500s. The old past participle form shapen survives in misshapen. Middle English shepster (late 14c.) “dressmaker, female cutter-out,” is literally “shape-ster,” from Old English scieppan. Meaning “to form in the mind” is from late 14c. Phrase Shape up (v.) is literally “to give form to by stiff or solid material;” attested from 1865 as “progress;” from 1938 as “reform;” shape up or ship out is attested from 1956, originally U.S. military slang, with the sense being “do right or get shipped up to active duty.” n.Old English sceap, gesceap “form; created being, creature; creation; condition; sex, genitalia,” from root of shape (v.)). Meaning “contours of the body” is attested from late 14c. Meaning “condition, state” is first recorded 1865, American English. In Middle English, the word in plural also had a sense of “a woman’s private parts.” Shape-shifter attested from 1820. Out of shape “not in proper shape” is from 1690s. Shapesmith “one who undertakes to improve the form of the body” was used in 1715. 1Turn out, develop; see take shape. 2Improve so as to meet a standard, as in The coach told the team that they’d better shape up or they’d be at the bottom of the league. This usage was first recorded in 1938. 3shape up or ship out Behave yourself or be forced to leave, as in The new supervisor told Tom he’d have to shape up or ship out. This expression originated in the 1940s, during World War II, as a threat that if one didn’t behave in an appropriate military manner one would be sent overseas to a combat zone. After the war it was transferred to other situations calling for improved performance. In addition to the idiom beginning with shape