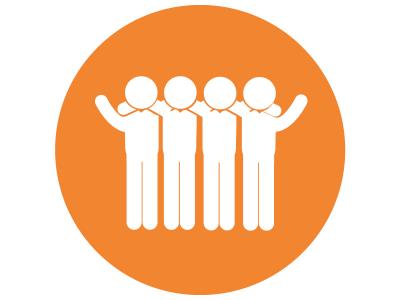 In close proximity or cooperation, as in The volunteers worked shoulder to shoulder in the effort to rescue the miners. This expression originated in the late 1500s in the military, at first signifying troops in close formation. Its figurative use dates from the late 1800s.

In addition to the idiom beginning with shoulder