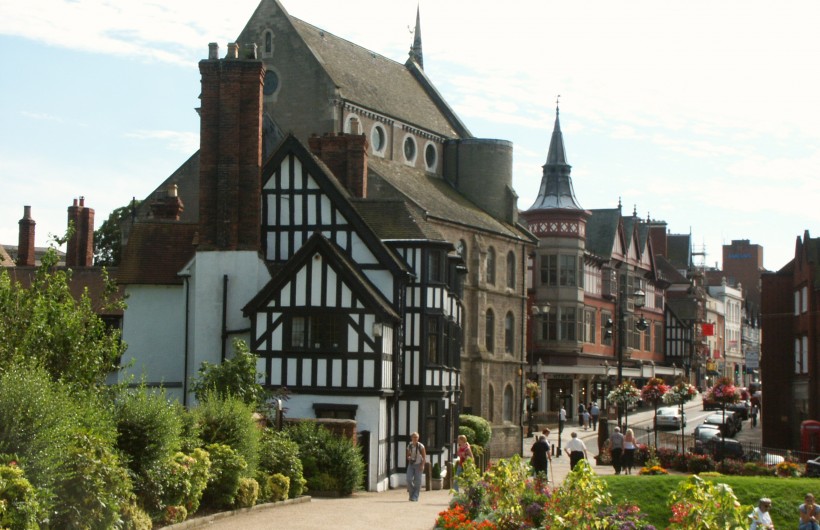 Examples from the Web for shrewsbury Contemporary Examples of shrewsbury

one of the most etymologically complex of English place names, it illustrates the changes wrought in Old English words by Anglo-French scribes who could not pronounce them. Recorded 1016 as Scrobbesbyrig, it originally may have meant “the fortified place in (a district called) The Scrub.” The initial consonant cluster was impossible for the scribes, who simplified it to sr-, then added a vowel (sar-) to make it easier still.

The name was also changed by Anglo-French loss or metathesis of liquids in words containing -l-, -n-, or -r- (also evident in the derivatives of Old French Berengier “bear-spear” — Old High German Beringar — name of one of the paladins in the Charlemagne romances and a common given name in England 12c. and 13c., which has come down in surnames as Berringer, Bellanger, Benger, etc.). Thus Sarop- became Salop- and in the 12c. and 13c. the overwhelming spelling in government records was Salopesberie, which accounts for the abbreviation Salop for the modern county.

During all this, the Anglo-Saxon inhabitants (as opposed to the French scribes) still pronounced it properly, and regular sound evolutions probably produced a pronunciation something like Shrobesbury (which turns up on a 1327 patent roll). After a predictable -b- to -v- (a vowel in the Middle Ages) to -u- shift, the modern spelling begins to emerge 14c. and is fully established 15c.

Shrewsbury clock, for some reason, became proverbial for exactness, and thus, naturally, proverbial as indicating exaggeration of accuracy (1590s).