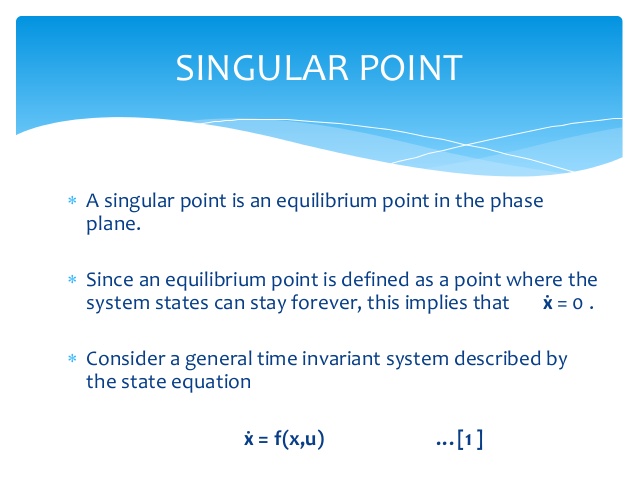 singular point WORD ORIGIN noun Mathematics. a point at which a given function of a complex variable has no derivative but of which every neighborhood contains points at which the function has derivatives. Liberaldictionary.com