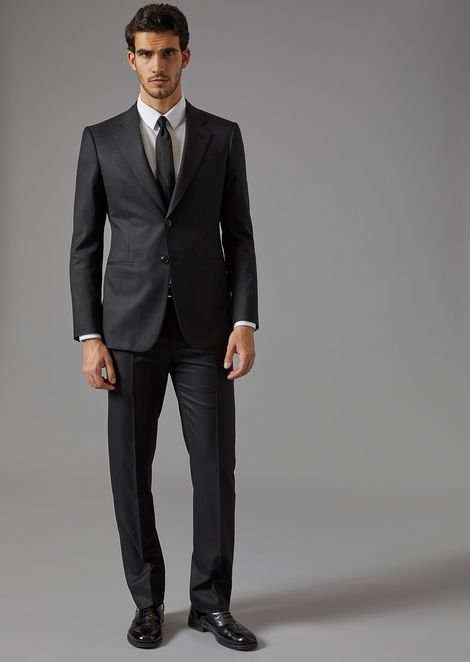 c.1300, “attendance at court, the company attending,” also their livery or uniform, via Anglo-French siwte, from Old French suitte “attendance, act of following,” from Gallo-Romance *sequita, fem. of *sequitus, from Latin secutus, past participle of sequi “to attend, follow” (see sequel).

Meaning “application to a court for justice, lawsuit” is first recorded early 15c. Meaning “set of clothes to be worn together” is attested from early 15c., from notion of the livery or uniform of court attendants. As a derisive term for “businessman,” it dates from 1979. Meaning “set of playing cards bearing the same symbol” is first attested 1520s, also from the notion of livery. Hence, to follow suit (1670s), which is from card playing.

“be agreeable or convenient,” 1570s, from suit (n.), probably from the notion of “provide with a set of new clothes.”

Imitate or do as someone else has done, as in Bill decided to leave for the rest of the day, and Mary followed suit. This term comes from card games in which one must play a card from the same suit as the one led. [Mid-1800s]

In addition to the idioms beginning with suit