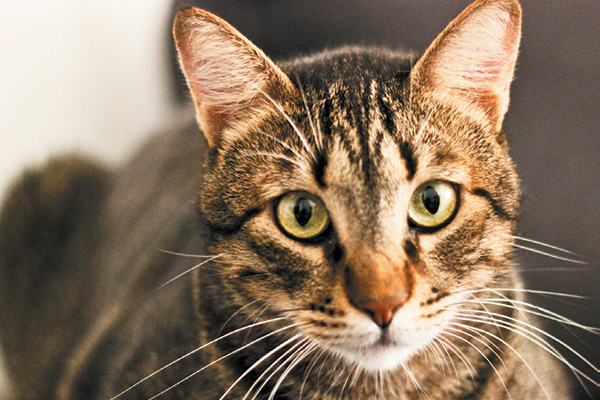 n.1630s, “striped silk taffeta,” from French tabis “a rich, watered silk (originally striped),” from Middle French atabis (14c.), from Arabic ‘attabiya, from ‘Attabiy, a neighborhood of Baghdad where such cloth was first made, named for prince ‘Attab of the Omayyad dynasty. Tabby cat, one with a striped coat, is attested from 1690s; shortened form tabby first attested 1774. Sense of “female cat” (1826) may be influenced by the fem. proper name Tabby, a pet form of Tabitha, which was used in late 18c. as slang for “difficult old woman.”