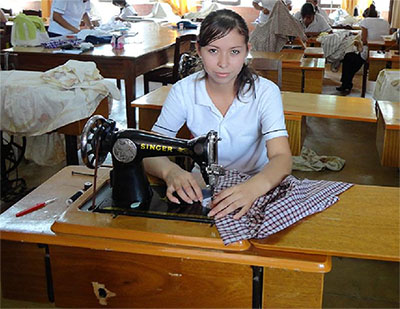 n.late 13c., from Anglo-French tailour, Old French tailleor “tailor,” literally “a cutter,” from tailler “to cut,” from Medieval Latin taliator vestium “a cutter of clothes,” from Late Latin taliare “to split,” from Latin talea “a slender stick, rod, staff, a cutting, twig,” on the notion of a piece of a plant cut for grafting. Possible cognates include Sanskrit talah “wine palm,” Old Lithuanian talokas “a young girl,” Greek talis “a marriageable girl” (for sense, cf. slip of a girl, twiggy), Etruscan Tholna, name of the goddess of youth. Although historically the tailor is the cutter, in the trade the ‘tailor’ is the man who sews or makes up what the ‘cutter’ has shaped. [OED] Tailor-made first recorded 1832 (in a figurative sense); originally “heavy and plain,” as of women’s garments made by a tailor rather than a dress-maker. v.1660s, from tailor (n.). Figurative sense of “to design (something) to suit needs” is attested from 1942. Related: Tailored; tailoring.