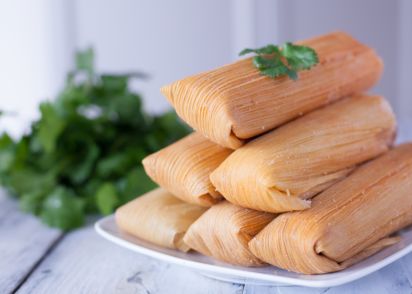 n.1856, from American Spanish tamales, plural of tamal, from Nahuatl tamal, tamalli, a food made of Indian corn and meat.