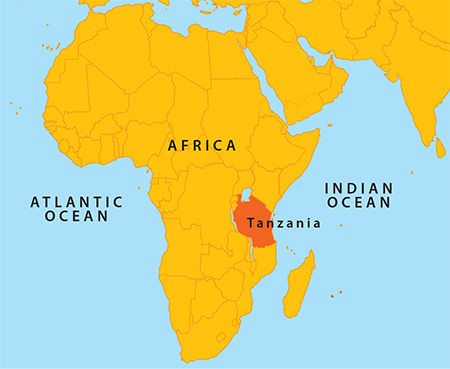 Republic in eastern Africa, formed in 1964 by the union of Tanganyika and Zanzibar. It is bordered to the north by Uganda, Lake Victoria, and Kenya; to the east by the Indian Ocean; to the south by Mozambique, Malawi, and Zambia; and to the west by the Democratic Republic of Congo, Burundi,, and Rwanda. Its capital and largest city is Dar es Salaam.